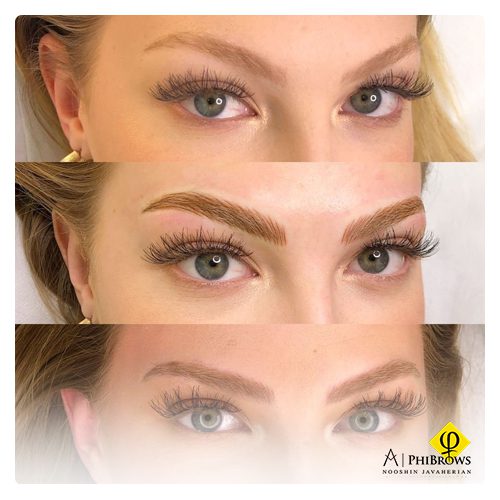 What is the microblading healing process? 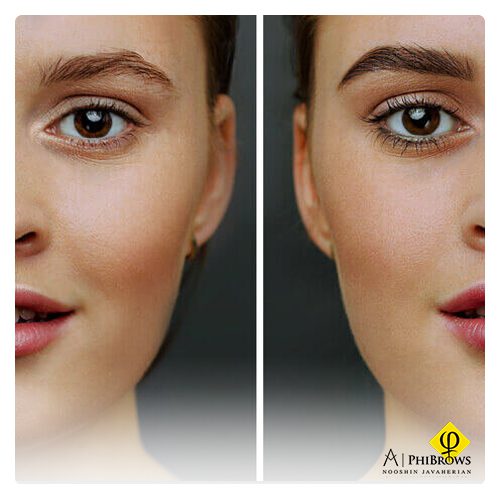 The microblading healing process takes 6–8 weeks and includes phases of swelling, discomfort, scabbing, and color change. After the pigment has set in and the skin has healed fully, as well as after the touch up, the microbladed eyebrows will take on their final form and color. When the brows have finished healing, you must schedule a touch-up appointment to repair any potential defects produced by healing.

What Can be Expected During the Microblading Healing Process?

The healing process for microblading eyebrows is an unbelievable experience. There can be times when you believe the color is incorrect and you did not receive what you wanted. It will be difficult to resist scratching and picking at the scabs. You could be surprised if you wake up one morning and discover your brows have vanished! The healing process for microblading in Toronto needs patience and discipline, but it will be worth it in the end.
It is essential to realize that not everyone’s skin heals in the same way. Some people may recover fast and without any scabs, but others may need up to 6 weeks or longer for their skin to heal.

The duration of microblading healing is affected by various factors, including:

What Are the Stages of the Microblading Healing Process? 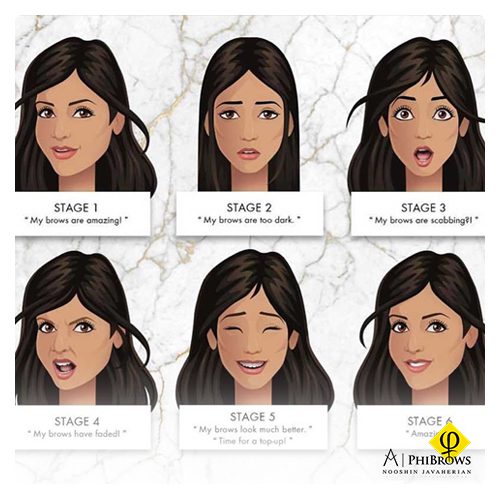 There are typically six microblading healing phases, some of which overlap:

Microblading in the first week 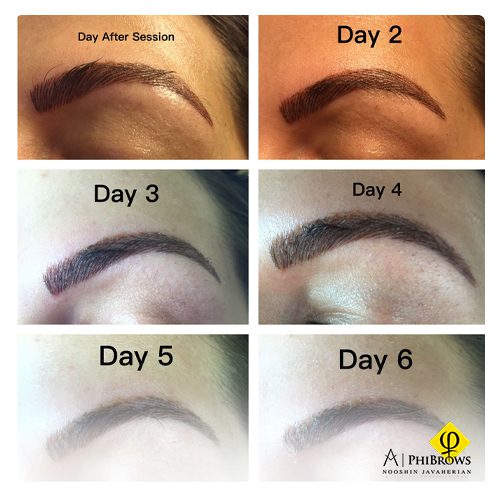 Your brows are puffy and crimson around the edges. The region is sensitive to touch. The strokes appear overly black and thick, and you may come to regret having the procedure.
You must exercise caution in the area between your brows since it is extremely sensitive and prone to infection.

You’ll be pleased with the way your brows appear. You’re growing used to not having to sketch or fill them in with a pencil every morning. They are still excessively black, but they are gradually fading.

The scabbing stage occurs around day 5 or so. The microbladed area is irritated. You may be upset, but scratching is definitely prohibited. Scratching might aggravate the situation because the region is still rather sensitive. The pigment has been introduced into the skin somewhat shallowly (just under the basal membrane between the epidermis and dermis).

Scratching may remove it, and scratching at your scabs can physically pull away the pigment from bigger areas, leaving you with patches. The scabs appear and begin flaking.

Microblading after a week

The scabs that flake off will begin to peel on their own around a week after the microblading in Toronto procedure. Avoid picking or scratching the scabs. Instead, wait until they’re ready to peel. When this happens, you may see a patchy brow region as the top layer of pigment begins to fade.
Your brows may also appear lighter than usual, but this will gradually correct itself as the skin heals. You simply must be patient. You could be ecstatic since your brows’ ultimate appearance is just around the corner. You’re also glad since the scabbing is over. Because the skin in the treated region is no longer as sensitive, you can gradually resume regular behavior while adhering to your artist’s recommendations and avoiding specific items and activities.

Read more: What should you expect from microblading after two weeks?

At the end of the third and beginning of the fourth week of the microblading healing process, you will see how the brows appear and how the skin has accepted the pigment. If they’re still spotty, don’t panic; they can be fixed during the touch-up session. 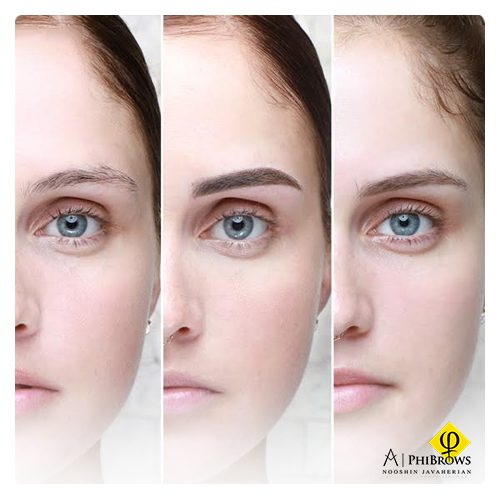 Your microblading healing process is finished! Your skin is entirely healed, and the color looks fantastic. They should appear natural and velvety. This is the stage at which you’ll be able to tell if there’s anything you want to add or modify. It may be a couple of patches of pigment loss, which all depends on how well your skin accepted the pigment, but that’s OK since your follow-up session is just around the corner!

Read More: Microblading after 4 weeks | Important Things You Should Know

microblading After a year, you’ll probably require yearly touch-ups to keep the original effects. Some people indicate that without these touch-ups, their retention was rather excellent over the course of a year. They mentioned they were still in love with their results a year after my microblading had totally healed (after the original application and touch-up). They were pleased with their brows in comparison to where they had begun. 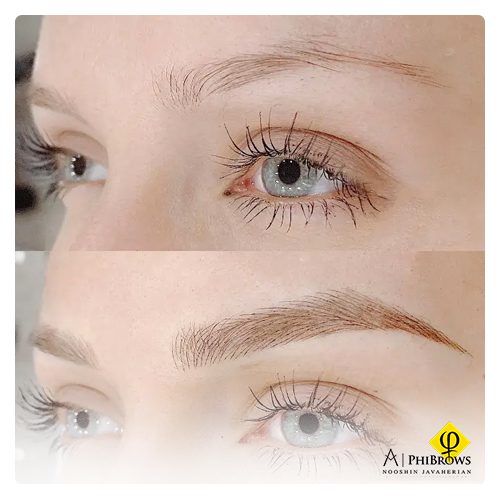 If the process goes as planned and your system reacts well to the pigments, microblading should be undetectable after 5 years. Some of the pigment will always stay in the skin after it has been implanted, but if the artists performed everything well and used high-quality colors, it should become unnoticeable.
If that’s the case, and your microblading in Toronto becomes undetectable after 5 years or fades into a very faint shadow that you can’t see unless you work really hard, excellent! You’re now free to get new microblading or another brow PMU style or continue living microblading-free for the rest of your life.

Microblading Healing Process After a Touch Up 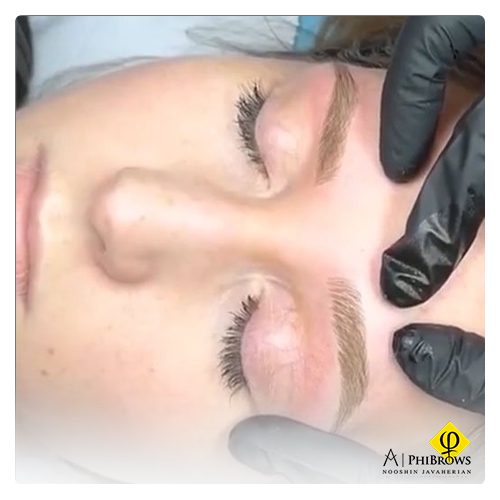 The microblading healing process following a touch-up, whether the first, required, or later one, is determined by the quantity of work done. If there were a lot of additional strokes or shading, you could go through all of the processes mentioned.

The quantity of scabs you’ll have depends on how many fresh incisions you make. Because the skin did not sustain as much harm, the brows should mend in a matter of days. For a few days, the patches of first darker, then lighter may appear, but they will eventually blend in with the rest of the strokes.

Is there Another Healing Process After the Microblading Touchup?

The microblading healing process is significantly faster after a touch up than it is after the first procedure. It typically lasts 5-7 days and is less difficult than the first. It does not involve much more scabbing and is less emotionally draining because the effects are seen very quickly. You should perform routine touchups if you want your eyebrow microblading to last as long as possible. After some time, the color will begin to fade, and the rate of fading is determined by your skin and lifestyle.

What is the difference in the microblading healing process for different skin types? 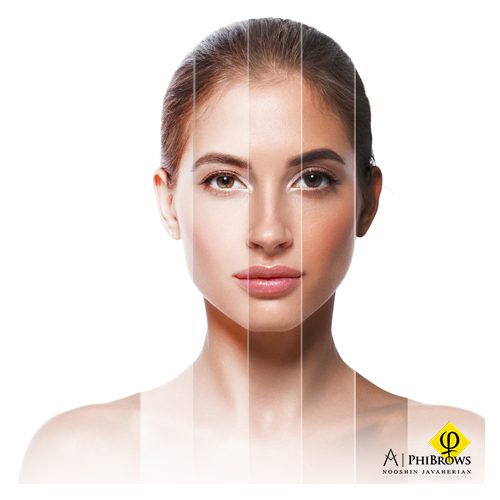 The pigment may naturally go away faster if your skin is oily. You may, however, extend the life of your microblading by arranging touch-ups every six months. Individuals who spend a large amount of time in the sunlight, at the exercise, or swimming will also need to schedule touchups more regularly. Although your dry skin makes you an ideal candidate for microblading, this does not guarantee that your microblading will endure forever. Make an appointment for a touch-up each year to renew the color and extend the life of your microblading Toronto.
Within four weeks, the color will fade substantially as the microblading healing process, peels, and loses thickness. Touch-ups address any abnormalities in microbladed hair strokes, color tones, and complete the procedure. The skin will be entirely healed after the microblading after a period of 6 months. Be aware that each touch-up initiates a new microblading healing phase.

What to Avoid During the Microblading Healing Process

Do not use make-up or chemical-containing skincare or washing products that might come into touch with the area for the first two weeks. While washing your hair and face, take care. Try not to wash your hair for the initial 2-3 days after getting microblading Toronto. For at least the first 10 days, avoid taking any lotions or water on your eyebrows when showering.
On the night after your microblading process, sleep on a new pillowcase. During this time, be very careful to keep in mind to change and also use clean bedding and towels—wash them with odor-free products if possible.
Following 2 weeks, you can continue all of the above-mentioned activities in your routine. Furthermore, you should continue to avoid retinol and glycolic acid-containing products, and you should avoid any chemical peels or laser therapy till after your follow-up appointment.

What is the fastest way to microblading healing process? 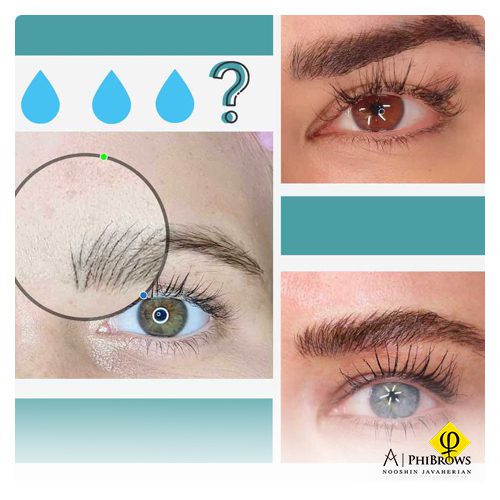 The dry healing method creates the finest outcomes in microblading healing process. The finest effects are obtained by keeping your brows very dry for the following 10 days! It’s worth it to keep them dry since it helps them maintain more detail, color, and sharp strokes. It appears difficult, but it is possible if you are careful. 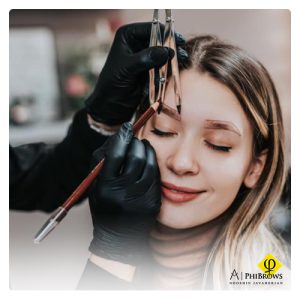 Phibrow Artist | Everything You Should Know About 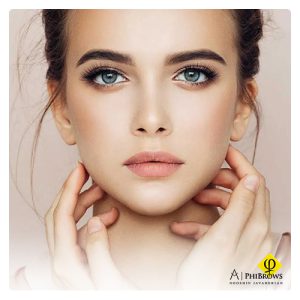 Microblading after 4 weeks | Important Things You Should Know 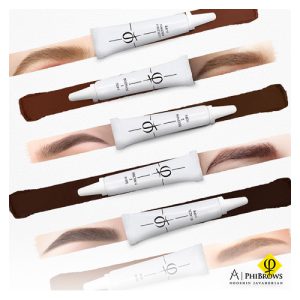 Microblading Color Chart | Useful Guide To Chose The Right One