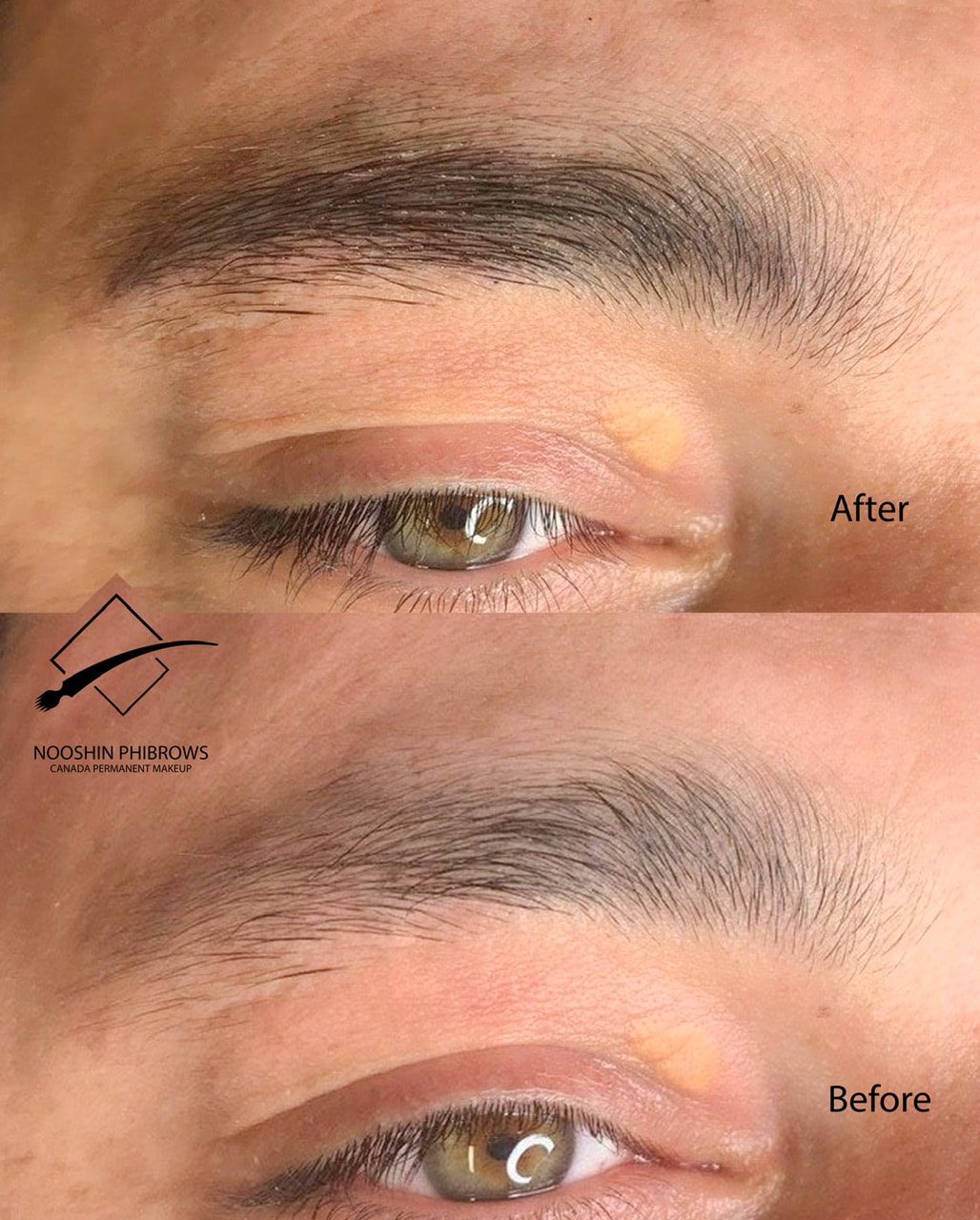 Do you think men can have eyebrow microblading? Yes! Microblading and brow treatments are suitable for both men and women. When it comes to brows, both men and women have the same problems. Alopecia, illnesses, hair loss, thinning, scarring, and a general desire to look their best at all times. Men today are just as concerned with their appearance as women, and men of all ages want to look good. More men are incorporating makeup into their daily routine, and, like women, they don’t want to or have the time to spend in front of the mirror every morning applying brows.

The only differences in the microblading procedure are the brow mapping and appointment time. The golden ratio is still used in brow mapping, but men’s brows are larger and less neatly defined than women’s brows. Men prefer a less groomed appearance. Because of the size difference, men’s brows take slightly longer to apply.

The goal of men’s brows is to create a defined brow with no obvious gaps that does not appear overly groomed. Many men are concerned about whether their brows appear natural. However, it seems completely natural. Microblading is a procedure that can be made to look either bolder or softer based on the needs of each individual. Men like to be more private about their brow treatment, which is simple to do.

Amazing Transformation with Microblading and Phibrows