Phibrows microblading Before and after touchup (CODE: MB33) 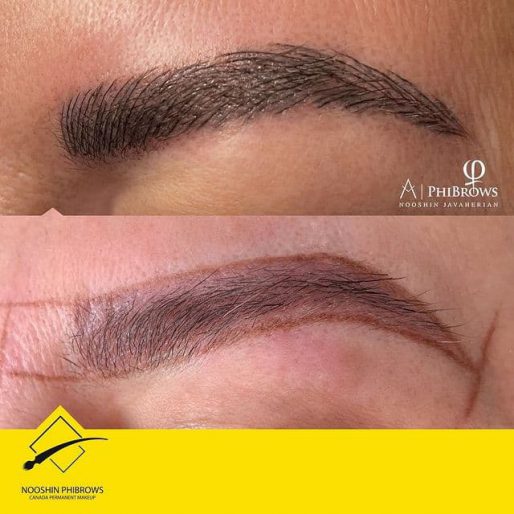 If you’re unfamiliar with the permanent cosmetics world, you might be wondering why microblading isn’t the same as eyebrow tattooing. While microblading is technically a sort of tattoo, the two have significant differences.

Pigments are used instead of ink in microblading.

Microblading artists use pigments, whereas tattoo artists use liquid ink. Pigments, unlike tattoo ink, fade to a lighter version of the color used rather of faded into a blue-green tint, since most tattoo ink does. If you’ve seen someone with rough eyebrows that have a strange blueish-green hue to them, they’ve most certainly had their brows tattooed, which was a popular trend a long time ago.

The method utilized by microblading artists differs greatly from that used by tattoo artists. Microblading provides a succession of individual hair-like strokes that appear similar to your natural brow hairs rather than one thick, black brow. Individual strokes only beautify the skin’s surface layers, while tattoo ink reaches deeper layers.

Microblading eyebrows are semi-permanent instead of permanent.

Microblading is not a permanent operation like eyebrow tattooing. Microblading is a semi-permanent technique that can last up to three years. Microblading, as opposed to tattooing, allows you to change the form and shape of your eyebrows as often as you want.

One thing these two treatments have in common is that they both require four to six weeks to properly recover. Both techniques will need a touch-up after the brows have healed sufficiently to fill in the areas where the pigment or ink did not adhere. However, unlike tattoos, if you are dissatisfied with a microblading line or stroke, it is quite simple to correct when you return for your touch-up.