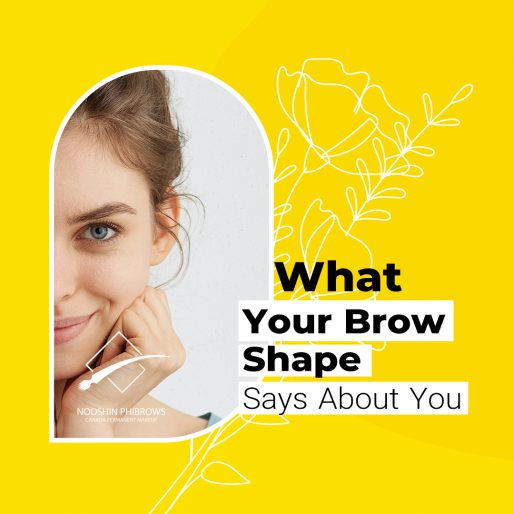 Round eyebrow shapes follow the eye’s natural curve and don’t arch upward. “If someone has rounded eyebrows, that’s a sign that they’re a very kind person and that they’re always thinking about other people’s needs,” says Haner. “When they’re making a decision, it’ll be based on what they want and what everyone else might want to try, resulting in a win-win for everybody.”

Beyond framing the face, straight eyebrows draw the eyes inward toward the center of the face. “If someone’s eyebrows grow in a straight line, that means that they’re a very logical person—they value logic and think that you should think things through very carefully. They’re not impulsive,” she explains.

The main qualities of those sporting a peaked brow? A high arch and rash decision making, according to Haner. “People with peaked eyebrows make decisions based on their emotions—and they make them quickly. They’re very reactive, so if there’s something they’re trying to make up their mind about, they do it very quickly, but it’s not necessarily based on logic—it’s based on their emotion at the moment,” notes Haner.

In Chinese face reading, Queen’s eyebrows are exactly what you’d think they be: eyebrows that are placed high up on a person’s face. “They’re a sign of someone who has excellent taste—a real sense of style and beauty, but they tend to be a perfectionist,” says Haner. “They can struggle with decisions because in their mind, there’s only one right decision. They can be self-critical and worry about making the wrong decision, and can be hard on themselves.”

“People who have long eyebrows tend to be the kind of people who have a lot of friends. There’s a reason for this: They have extra strength, so they can deal with all of their friends’ personal drama without feeling overwhelmed,” she says.

A short eyebrow extends only as far as the outer to inner corner of the eye. “People with short eyebrows don’t like to deal with drama. They tend to have fewer close friendships and they’re not drawn to reach out to people to ask for help,” explains Haner.

To us, the bushy brow look will never go out of style. “If someone has really full, thick eyebrows, it means many things: they’re very decisive, they have a natural self-confidence, and they feel like they can figure anything out,” says Haner. “They’re very logical people and tend to be kind of linear in how they do things. They also like to be physically active.”

“People with thin eyebrows—even if they started out with naturally thick eyebrows that became thin from tweezing and waxing—affects self-confidence. Or, if you just have naturally thin eyebrows, you generally have low confidence. But the good side is you’re not pushy or overly aggressive,” Haner explains.

If the ends of your eyebrows are higher than the front, you likely have a diagonal brow shape. “The harder the angle, the more extreme the emotions are and the more reactive a person is,” explains Haner. “If you’re born with an angle naturally, that’s fine. But if you try to create it, it’s kind of like going against your own nature, which can cause an imbalance in your personality and cause you to have difficulty making decisions.”

You’ll know you have a tapered brow shape if the inner parts of your brows are thicker than the tail. While the front may be more boxy, there’ll be gradual thinning as you reach the ends. Looking for some lift and length? This is the perfect eyebrow shape, as it gives the illusion of a longer, fuller brow.

While some try to correct their naturally-occurring S-shaped brows, others try to mimic it with strategic tweezing (grass is always greener, right?). This brow shape involves removing the first row of hair along the inner part along with the first layer on the top of the tail. The middle area is to be left untouched to create that dipped-down “S” shape.

The beauty of mile-high arches is that all hair densities—from sparse to thick—can achieve it. Haner says this brow shape tends to be more sensitive in nature, can hold back, and requires time to get comfortable with people. 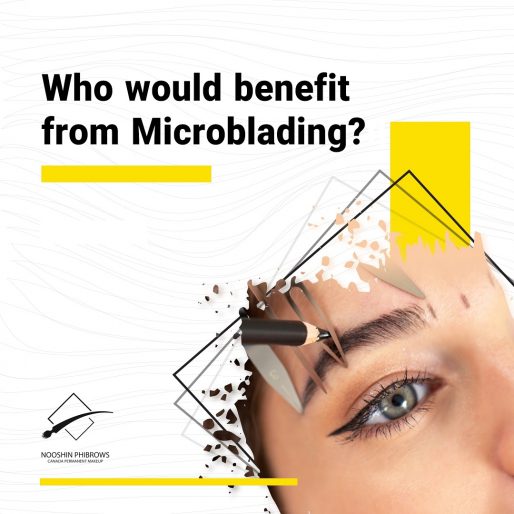