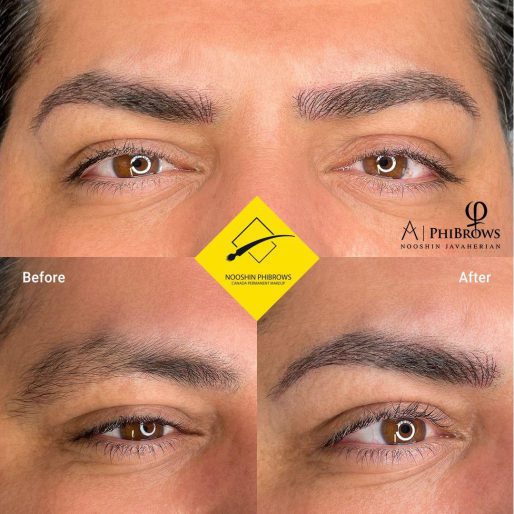 The answer might be as simple as wanting to look attractive and well-groomed. Microblading may be the only option for males who have sparse eyebrows or damaged hair follicles as a result of aging or overplucking. Male brows tend to become thin and lose thickness at a certain age. We’re all aware of how significant brows are and how well they can frame our faces, draw attention to the eyes, and improve the rest of our features. As a result, it is not surprising that an increasing number of men are deciding to have this procedure. We all want to look our best, don’t we?

This is why, instead of using stencils or mathematically accurate mapping like they do on women, the artists normally draw the lines by hand and then fill them with strokes that mimic genuine hair.